Covel Lake: a step from heaven!!

{[(Where shall we go today? Let’s have an aperitif! Where? At the Squirrel’s! Yes! And we might bring acorns, pinecones and fir branches! But what have you understood? The Squirrel’s is the Hut at Pejo 2000!!!)]}

We will take a shuttle bus to the village of Pejo. Enthusiastically, we will take our rucksack and get to Saint Rocco’s Slope. We will follow the trail on the left and get to the Covel plain, the waterfall, the small enchanted lake and the amazing view over the mountain. The pure emotions offered by this magical place are priceless and you won’t want to leave. We will continue across the forest for a short but difficult climb that will lead us to upper pastures surrounded by wonderful flowers and catwalks over the mountain rills. Finally, still a few steps through larches, firs and
rhododendrons and we will be there! The Squirrel’s Hut is waiting for us and we will sip our aperitif surrounded by the wonderful panoramic frame of the mountains. We will come back by cableway to Pejo Fonti.

A few minutes’ walk from the village of Pejo there is a wooded hill, the Dosso di San Rocco [St. Rocco’s Slope]. There you will find a Chapel dedicated to the patron saint of plague victims and the Austrian-Hungarian graveyard where more than one hundred soldiers from different countries were buried after dying in battles in the nearby front of World War I. Currently, the graveyard hosts the graves of five imperial soldiers emerged from the ice of Mount Piz Giumela starting in 2004. 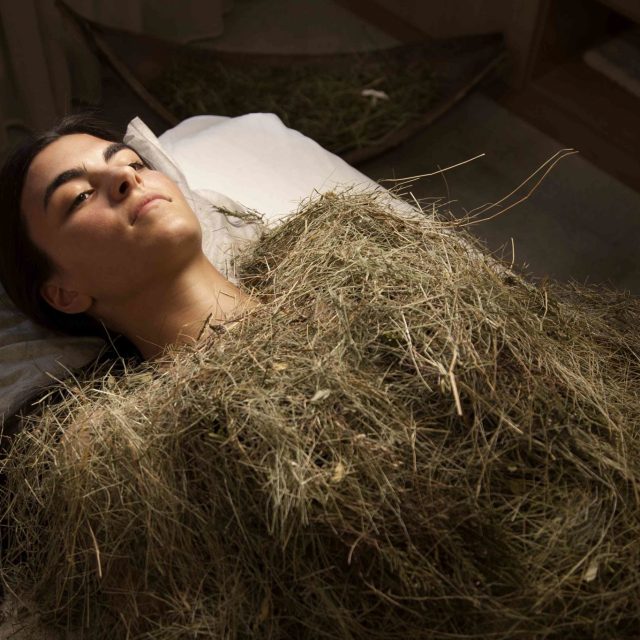